Dvořák – New World Symphony and Cello Concerto in B minor 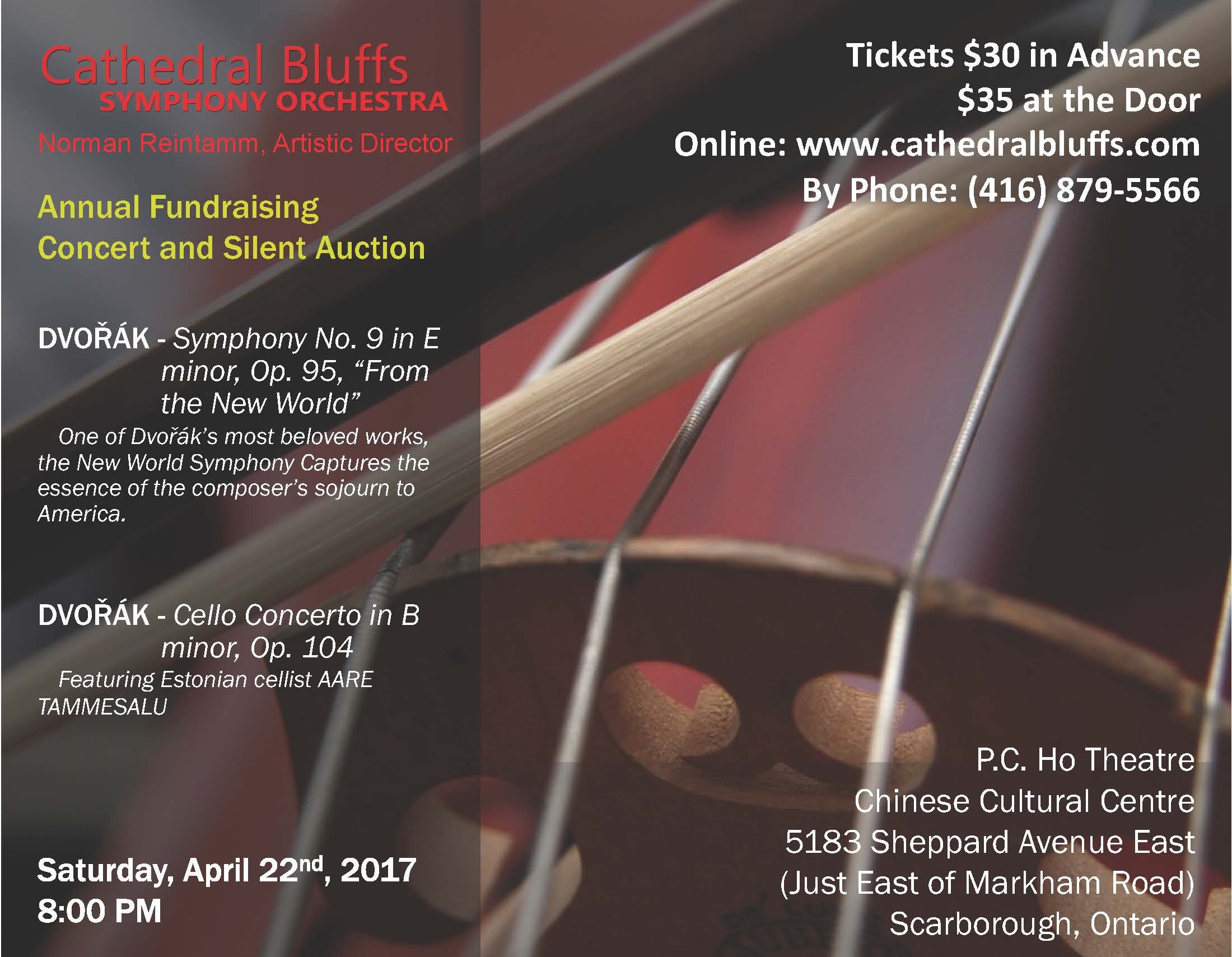 The Cathedral Bluffs Symphony Orchestra, under the direction of Norman Reintamm, continues their exciting 2016/17 season with the ANNUAL FUNDRAISING CONCERT AND SILENT AUCTION on Saturday, April 22, 2017 at 8:00 p.m.  The program includes Dvořák’s Symphony No. 9 in E minor, Op. 95, “From the New World” and Dvořák’s Cello Concerto in B minor, Op. 104 with Estonian cellist Aare Tammesalu.

One of Dvořák’s most beloved works, the New World Symphony captures the essence of the composer’s sojourn to America. The Cello Concerto is one of the most frequently performed of all cello concerti, and is known for the richness of its orchestral music and the lyrical writing for the solo instrument.

The concert and silent auction will be held at P.C. Ho Theatre in the Chinese Cultural Centre of Greater Toronto at 5183 Sheppard Avenue East. Tickets are $30 in advance ($35 at the door); also available are Maestro’s Circle tickets for $100 (which includes:  premium balcony seating, charitable tax receipt for $70, special recognition in the concert programme, and a free gift).  Tickets can be purchased online, www.cathedralbluffs.com or through the Box Office by phone at (416) 879-5566.