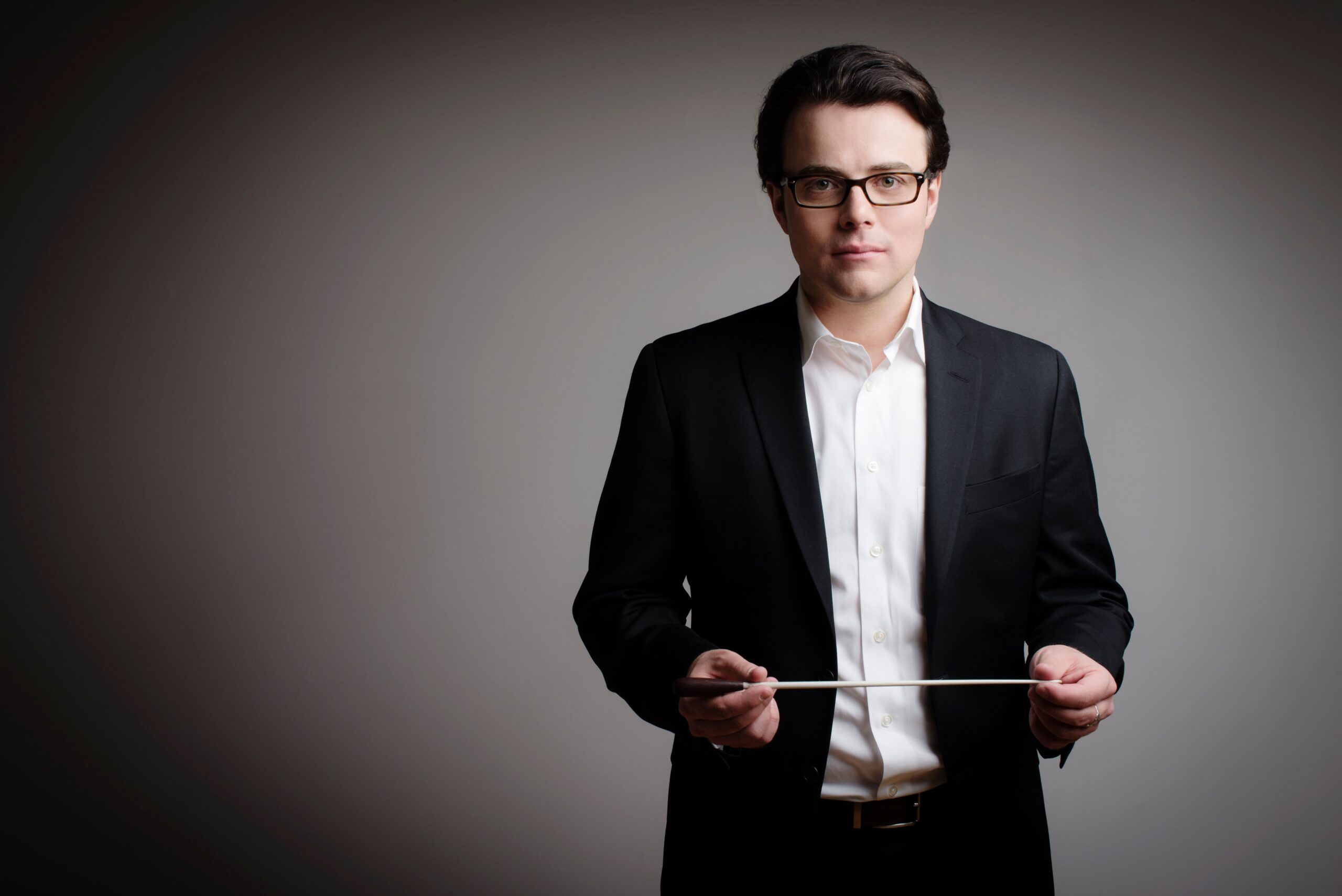 Scarborough, ON – Cathedral Bluffs Symphony Orchestra is very pleased to announce the appointment of Martin MacDonald as its new Music Director effective immediately.

This appointment concludes an extensive multi-round search process that included participation and input from the community, patrons, members of the orchestra and other stakeholders. The process began in 2019 and was expected to be completed in 2020 before being delayed by the onset of the global pandemic. With this appointment, Martin MacDonald becomes only the fourth music director of Cathedral Bluffs Symphony Orchestra (“Cathedral Bluffs”) in its more than 35-year history.

Martin MacDonald has been recognized as one of Canada’s most dynamic and outstanding conductors with both the Heinz Unger Award and the Jean-Marie Beaudet Award for orchestral conducting. Martin has guest conducted extensively across Canada having worked with the orchestras of Toronto, National Arts Centre, Vancouver, Victoria, Kamloops, Edmonton, Calgary, Winnipeg, Hamilton, Kingston, Kitchener-Waterloo, London, Niagara, Sudbury, Thunder Bay, Windsor, Quebec, New Brunswick, and Newfoundland. He has served as a Cover and Guest Conductor for the National Ballet of Canada, and has worked with the Minnesota Ballet, Atlantic Ballet, and Halifax Dance. Martin has recorded extensively for the CBC and for several commercial recordings. Most notably, Martin has served as Resident Conductor, Associate Conductor, and a regular guest conductor of Symphony Nova Scotia since 2008 with over 200 performances. Martin began his conducting career having served as the Associate Conductor of the National Academy Orchestra of Canada for three seasons and has participated in several international conducting workshops and competitions.

Cape Breton born, Martin is the youngest of twelve children with a diverse musical background with a strong Celtic music tradition including extensive touring and performing with members of his family throughout Europe and North America. Martin resides in Toronto with his family.

“It is an immense privilege and honour to become Music Director of Cathedral Bluffs Symphony Orchestra. I felt a deep and personal connection from the moment I stepped on the podium,“ said Martin MacDonald. “The positive atmosphere and camaraderie amongst the musicians is palpable. We performed a fantastic program and the orchestra played their hearts out to an appreciative audience. I look forward to working with this superb organization and leading this ensemble into its next exciting chapter and contributing to the vibrant arts community in Scarborough, East Toronto and the Greater Toronto Area.”

“We are delighted to have Martin MacDonald as our dynamic new Music Director. We have many exciting challenges ahead as we build on past strengths, expand our reach and recover from the hiatus imposed by the pandemic,” said Cathedral Bluffs President Tim Hendrickson. “On behalf of the orchestra and its board, we are very confident that Martin MacDonald is the right choice to lead this orchestra for this new era. I would like to thank our Search Committee, especially its Co-Chairs, Christine Fong and Kathy Liddle, Orchestra Manager Peggy Wong and the entire Cathedral Bluffs Symphony Orchestra community for their tireless contributions in this extended process.”

About the Cathedral Bluffs Symphony Orchestra

The Cathedral Bluffs Symphony Orchestra brings to life the power, emotion and dynamism of the classical symphonic repertoire for an engaged audience of supportive listeners. Its members are drawn from the local community and it champions the performance of some of the greatest music ever written to inspire new and existing audiences. Cathedral Bluffs is proud of its long-standing role in the development of young artists and furthering the musical growth of its members. Founded in 1985, Cathedral Bluffs is one of Toronto’s leading community orchestras. Cathedral Bluffs is known for its musicianship, diverse repertoire, and engaging programs. Cathedral Bluffs presents a dynamic six-concert subscription series, along with a variety of additional performances in the community.

The Cathedral Bluffs Symphony Orchestra is a registered charitable organization that rehearses and performs in a fully accessible venue. Cathedral Bluffs is committed to upholding the values of equity, diversity, and inclusion. In pursuit of our values, we seek members who will work respectfully and constructively with differences and across levels of power. We actively encourage participation from members of groups experiencing barriers to equity.

To learn more about our upcoming concerts, please visit:  www.cathedralbluffs.com.