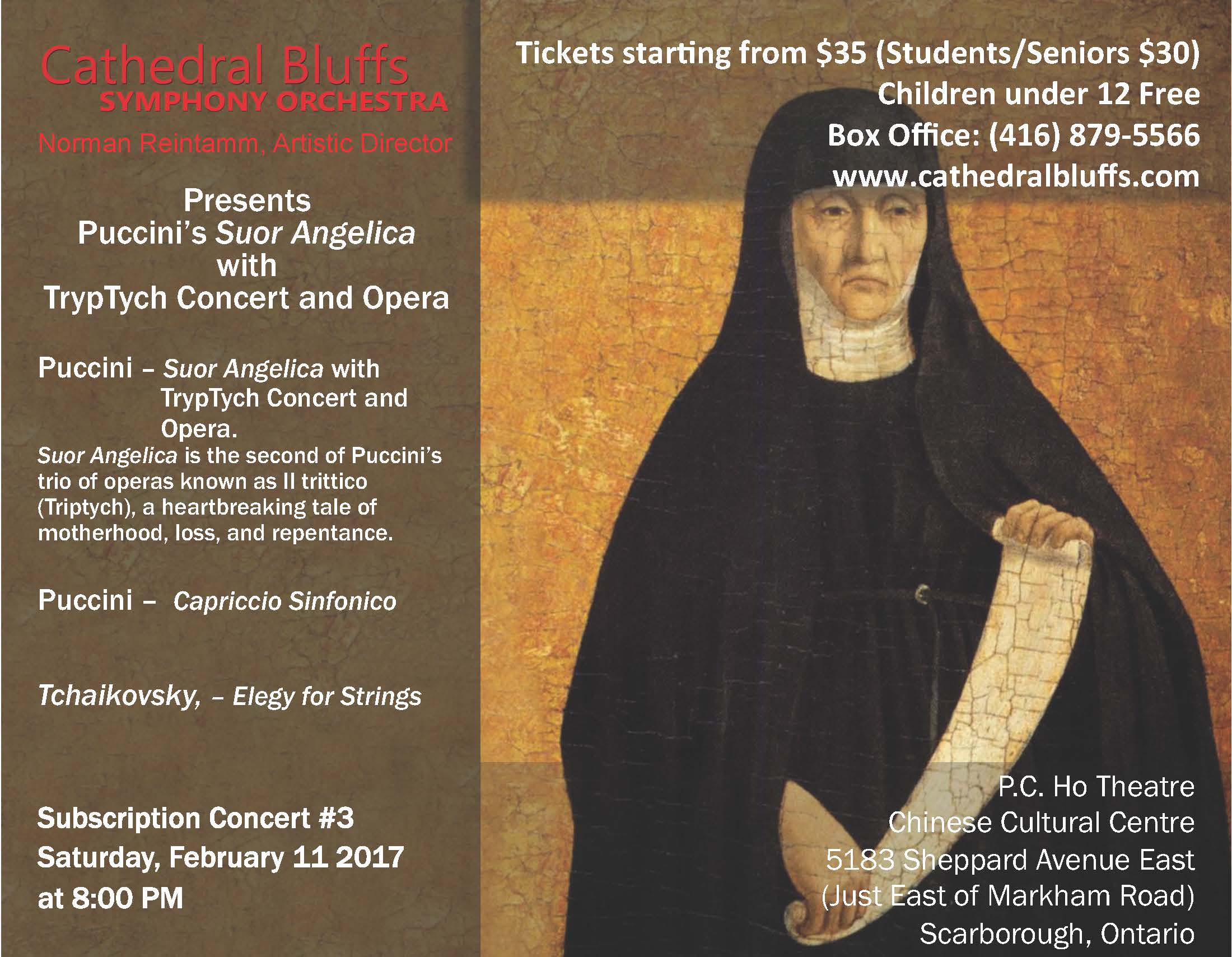 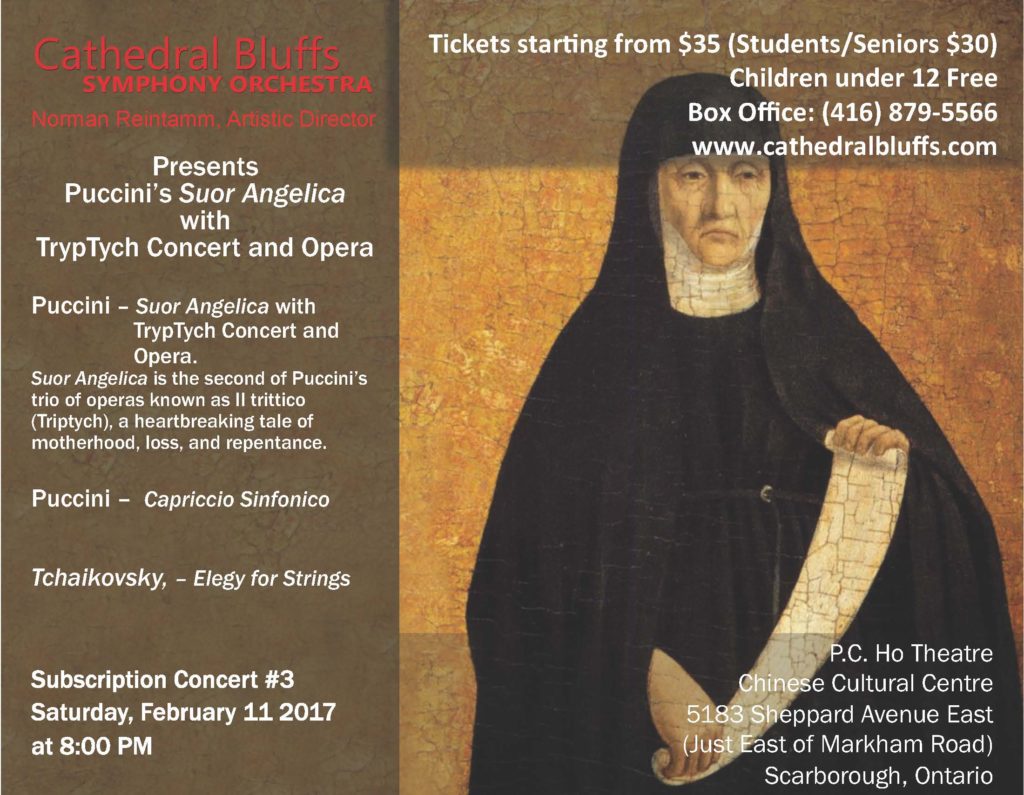 TrypTych Concert and Opera is one of Toronto’s most enterprising musical producers. It was formed by Edward Franko, William Shookhoff  and Lenard Whiting in 1999. Now in their 18th season, TrypTych has received critical acclaim for their contemporary/traditional opera productions like the Canadian premiere of Frid’s The Diary of Anne Frank,  Doolittle’s Boiler Room Suite,  the Canadian staged premiere of Verdi’s first opera, Oberto and the world premiere of Canadian composer Andrew Ager’s Frankenstein. TrypTych’s repertoire stretches from cabaret to choral to opera to musical theatre.