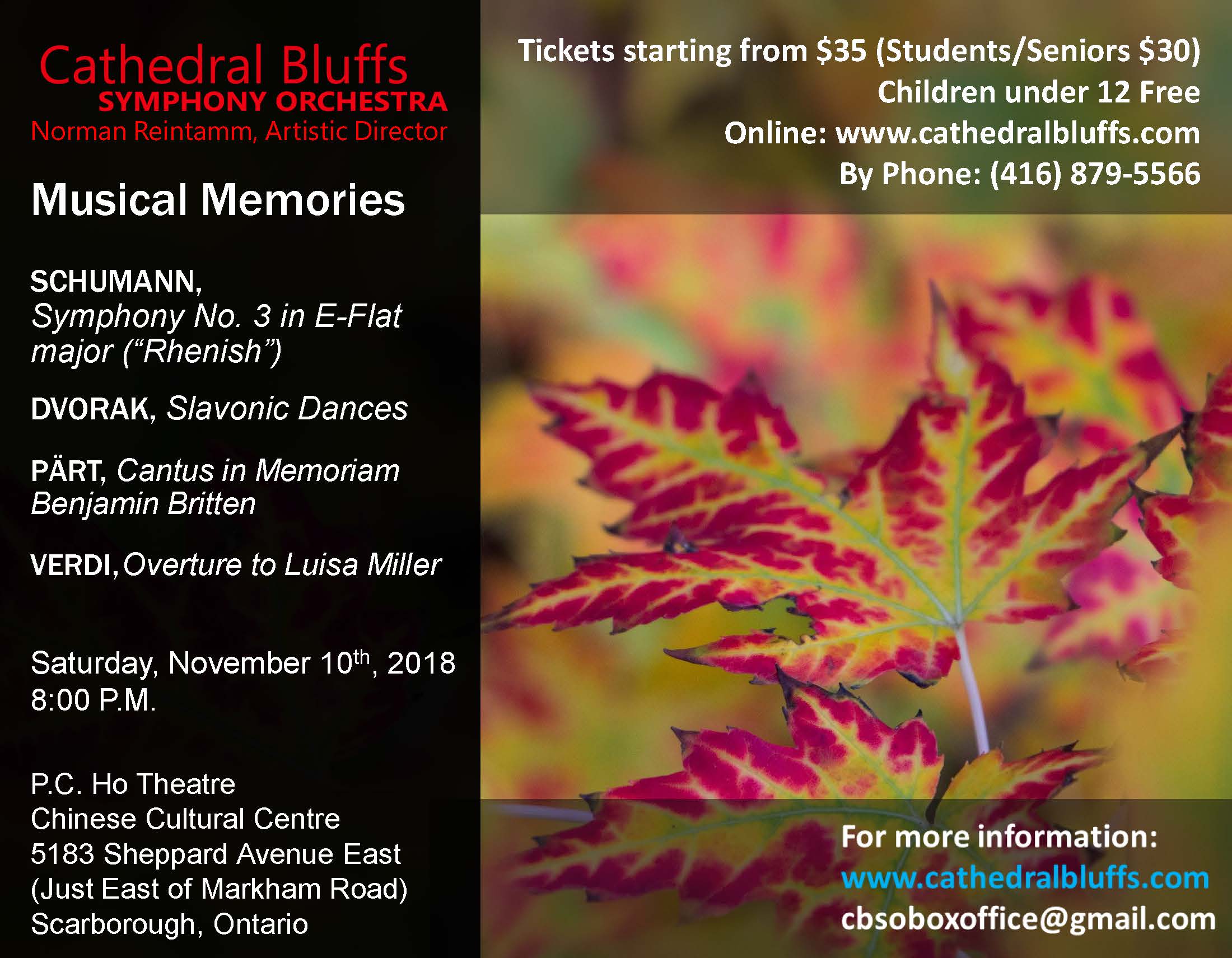 The Cathedral Bluffs Symphony Orchestra, under the direction of Norman Reintamm, opens its’ 2018-19 season with a concert on Saturday, November 10, 2018 at 8:00 p.m.  The program includes Schumann’s Symphony No. 3 in E-flat major, Op. 97 (Rhenish), Dvořák’s Slavonic Dances, Op. 46, Arvo Pärt’s Cantus in Memoriam Benjamin Britten, and Verdi’s Overture to Luisa Miller.

In Symphony No. 3, the last symphony he composed, Schumann created one of the great German romantic music landscapes, evoking “a piece of life by the Rhine”.   Pärt greatly admired Benjamin Britten, whom he considered a kindred spirit, even though the two never met.  The Cantus in Memoriam Benjamin Britten was composed as an elegy to mourn Britten’s death in 1976. Dvořák’s Slavonic Dances are considered among his most memorable works, consisting of lively dances, full of national character.