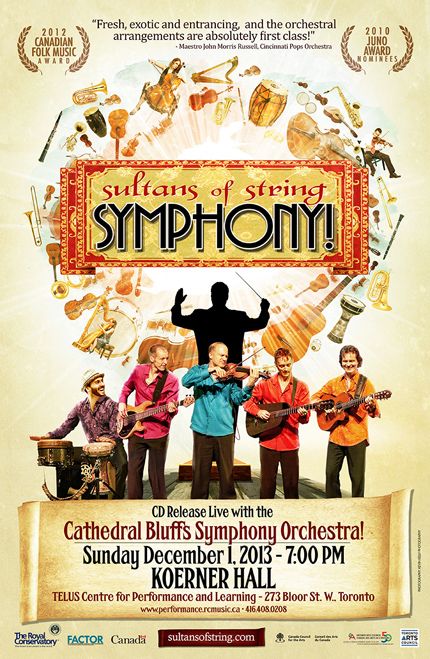 Two of Toronto’s best musical ensembles to perform together

To celebrate the release of Symphony! 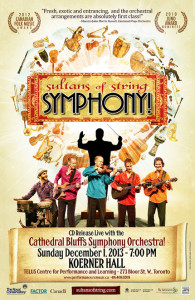 Known for dizzying world music jams, polyrhythms and revved up riffs, Sultans of String can’t be pinned down — it’s Sable Island meets the Silk Road, with detours through the Gypsy-Jazz coffeehouses of Eastern Europe, next an East Coast Kitchen Party, then over to the majestic Arctic and the vibrant streets of Havana.  Fiery violin dances with rumba-flamenca guitar while funky bass lays down unstoppable grooves. Throughout, acoustic mastery meets with a symphony of sound, deepened by world rhythms that inspire whole audiences to get up and dance.

Classically-schooled McKhool thought “why stop there?” With Symphony!, Sultans of String have brought the glorious and majestic sound of a full orchestra to their feisty world-jazz compositions, to create the ultimate crossover concert and recording.

This site uses Akismet to reduce spam. Learn how your comment data is processed.